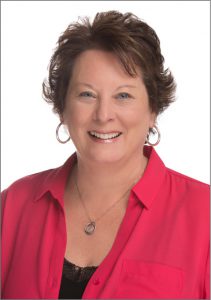 Diana, Vice President of Operations for the ONR National Division, joined ONR in September 1998 as a Director of Rehab. She held that role until 2007 at which time she became the Area Manager for 5 facilities in central Illinois. Continuing to increase responsibility, Diana was promoted to Regional Director of Operations over Illinois and held that position from Jan 2010-Sept 2012. In September of 2012, Diana took the Vice President of Operations position in the Midwest, including Minnesota, Iowa, Missouri, Illinois, Tennessee and Texas. She has 30+ years management experience in the skilled nursing field.

Diana graduated from the University of Evansville, Evansville, Indiana in 1986 with an Associate degree of Science. She has worked and lived in Illinois since 1986, all in the skilled nursing venue. Developing strong relationships with residents and customers is the foundation of everything she does, both professionally and personally. She is passionate about working with the elderly population and making an impact in their quality of life.

Diana currently resides in Dieterich, Illinois and has for the last 25 years. She enjoys gardening, cooking and traveling but her favorite pastime is spending time with her family. She has a daughter, Michaela, who resides in Indianapolis with her husband, Eric. Diana loves spending time with her granddaughter Mya, 3, and soon to be second granddaughter in November 2019. She has 2 cats and enjoys watching the St Louis Cardinals.